The Bob Wood Chair of Research 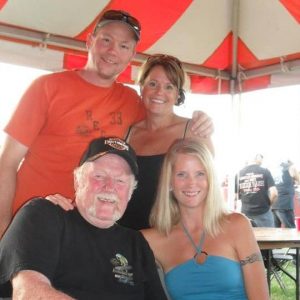 Bob Wood was a man whose life was cut short in 2013 at the young age of 72 by a fatal brain aneurysm. He was a father, brother, uncle, friend and husband who was taken from his family and friends before his time; who had many adventures left abandoned. In 2015 “Running Against Ruptures” was organized as a non-profit entity. Its mission is to advance the legacy of Bob through promoting awareness, symptoms and research of brain aneurysms. There is an annual “RAR”, a 5k run and 2.5k walk which Bob’s daughter initiated.