The Silent Killer That Took My Dad’s Life 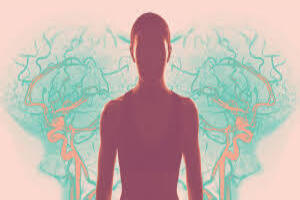 Aneurysms affect millions each year. A brain (or cerebral) aneurysm is a thin or weak spot on an artery in the brain, which can cause the vessel to bulge or balloon. The good news is that most aneurysms are treatable, using stenting, clipping, and/or endovascular coiling, a minimally invasive technique which blocks blood flow into the aneurysm. What’s more, the vast majority cause few problems. It is believed that one out of every 50 Americans has (or will have) an aneurysm, and most will never require surgery or present any symptoms.

However, all aneurysms run the risk of rupturing, which can lead to severe complications and even death. So what can you do to protect yourself and prevent aneurysms? According to the American Heart Association, you should follow these basic steps:

If you have a familial history of aneurysms, you should also be screened on a regular basis—though, according to the Brain Aneurysm Foundation, aneurysms are only considered hereditary if two or more first-degree family members have them.

That said, even the best tests have faults and flaws. My father was screened less than a year before his death. He was given a clean bill of health. My aunt, the woman who had six surgically repaired aneurysms in her 30’s, died from one three decades later. She was 64. And that is because misdiagnosis can occur.