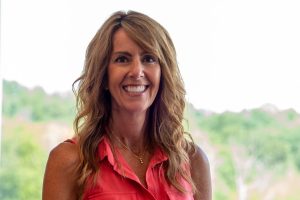 Brain aneurysms have significantly impacted three generations of the family of Diana Fritzson, 52, of Marlborough, Conn. She sadly lost her grandmother and mother to ruptured brain aneurysms, both women were only in their sixties.

But one year ago Fritzson fought and won her personal battle with a brain aneurysm.

“Thank you UConn for giving me my life back,” says Fritzson who following her mother’s passing in 2004 started receiving annual MRI brain scans to screen for potential brain aneurysms due to her strong family history.

“For years there was nothing, but then one appeared on my scan in 2012,” says Fritzson, then age 44, whose former physician preferred to take a wait and see approach instead of pursuing a surgical intervention.

But Fritzson started developing migraine headaches that worsened overtime, and for years she couldn’t stop worrying about the potential chance her brain aneurysm may rupture at any moment. Read full article here