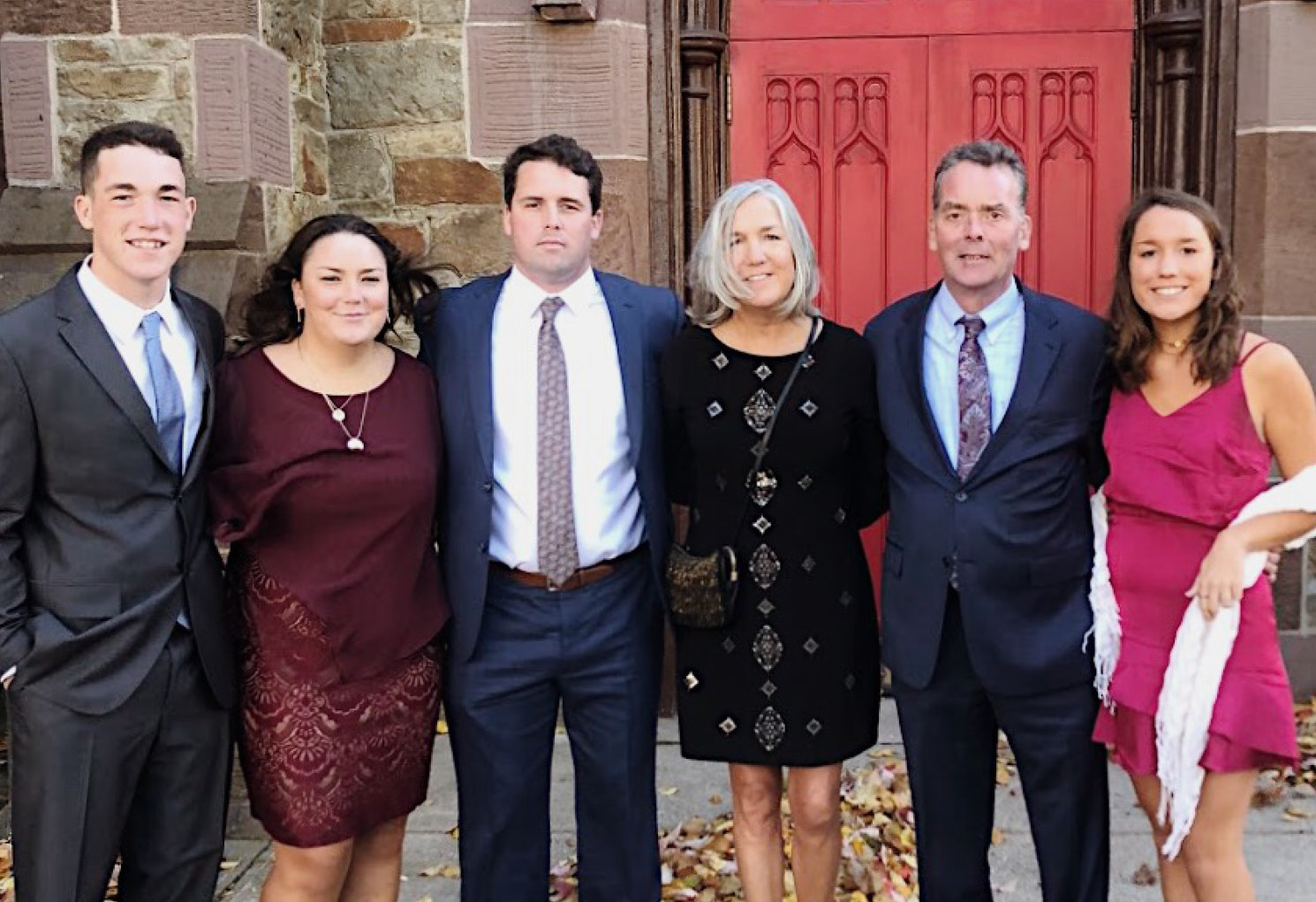 On April 28, 2019, my family enjoyed a nice dinner and it was on his way to get a second plate that my Dad collapsed on the kitchen floor. My brother ran to my Dad’s side to wake him up as he had passed out and immediately started snoring. The EMTs arrived and asked my Dad questions that he did not answer correctly. When they arrived to the ER, he grabbed his head and wailed in pain. They drilled burrell holes into his head right in the ER and immediately rushed him into brain surgery where they coiled a 9ml, level 5 brain aneurysm. After surgery he was moved to the neuro ICU where we would begin the start of a long summer.

First, we were told to simply hope he would wake up. He did and for 2 weeks, the ICU team would monitor him for vasospasms to avoid any strokes or further damage. Over the 2 weeks they performed a handful of preventative procedures to open the vessels to avoid the spasms. He ended up having a stroke that would possibly affect his emotions and motivation and could also result in paralysis. Our 2 weeks stay turned into 6 weeks as we waited for all of the blood to drain from his brain, for him to get stronger, and to hopefully have his trach removed. We watched for any and all blinks, toe wiggles, hand squeezes, eyebrow raises, and mouthing. Our family rotated who slept over every night, and who spent the day with him. Eventually we started understanding what he was mouthing, his personality was shining through, and we were gaining hope day by day. We developed relationships with every nurse in the ICU wing and the doctors explained our new reality as it changed daily.

By the time Dad was moved out of the ICU, his surgeon and doctors were confident in his ability to make a recovery. He was a strong, 58-year-old who had already beat some incredible odds since April 28th. We were still waiting to have the trach removed, but that was something that could be done at rehab which we so desperately wanted to get to. Eventually we made it but had a very quick return to the hospital after 24 hours. Dad wasn’t breathing right, so they sent him back during New York rush hour traffic. He spent 4 hours in an ambulance, only to spend the next 36 hours in the ER. He finally got a room and they found that he had colitis which would keep him in the hospital for another month.

He had finally made it to rehab and was extremely exhausted, but he started making progress. However, that would be his peak and as the doctors explained, his brain reached a certain level of recovery before the colitis. When the colitis developed, his immune system focused on that rather than healing his brain. It would take very hard work and a miracle to recover his brain any further, which is when we knew it was time to bring him home. He spent the last month of his life in our home with hospice care surrounded by family and friends, and he passed peacefully on August 23rd, 2019. I wanted to share his story to spread awareness and hopefully help someone else.

BAFound gave me a purpose and helped me feel closer to my Dad for the first birthday since he passed. For my 21st birthday I started a Facebook fundraiser for the BAFound and was able to raise $4,725 in his honor. When I went out on my birthday, our song Brown Eyed Girl was playing as I entered the restaurant, so I knew he was with me.