Why medical polymers are paving the way for more efficient technologies 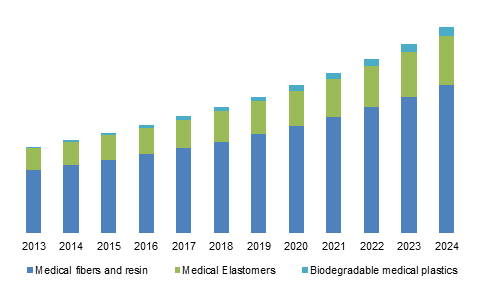 In the current scenario, chronic medical ailments like cardiovascular issues, infections, generic medical conditions, and other disorders are becoming increasingly prevalent. This in turn is necessitating the development of advanced pharmaceutical devices and sophisticated medical treatments.

One of the most commonly utilised materials for medical applications is polymers. Natural polymers like hair, horn and cellulose have been used for many years by humans for a multitude of purposes including medical, for instance – suture materials.

The modern, man-made or synthetic medical polymers used today, began to develop somewhere around the Second World War period, and have demonstrated a robust potential in the pharmaceutical industry. This potential is attributed to their many beneficial chemical and physical properties including permeability, flexibility and mechanical self-reinforcement, among others.

The global medical polymers market is witnessing strong growth in current years and it is expected that these materials will replace the conventional ceramic, glass and metal-based equipment and implants in the years ahead.

Proliferating cases of cerebral aneurysms
The Brain Aneurysm Foundation has estimated that nearly 6.5 million people in the United States have cerebral aneurysms that are unruptured. It is expected that around 30,000 individuals will face an aneurysm rupture each year, with nearly 15% patients succumbing before they receive medical care, 25% deaths occurring despite medical attention and only one in four expected to make a full recovery.

In light of these alarming statistics, a team at the Department of Mechanical Engineering in North Arizona University is working on developing a new polymer designed to restrict the growth and rupture of aneurysms. The polypropylene glycol-based biomaterial, dubbed PPODA-QT is very similar to body tissue, and is built to restrict the growth of aneurysms in the brain, in turn enhancing patient outcomes in stroke and potential stroke patients.

The Silent Killer That Took My Dad’s Life Can Artificial Intelligence be used to Diagnose Brain Aneurysms?