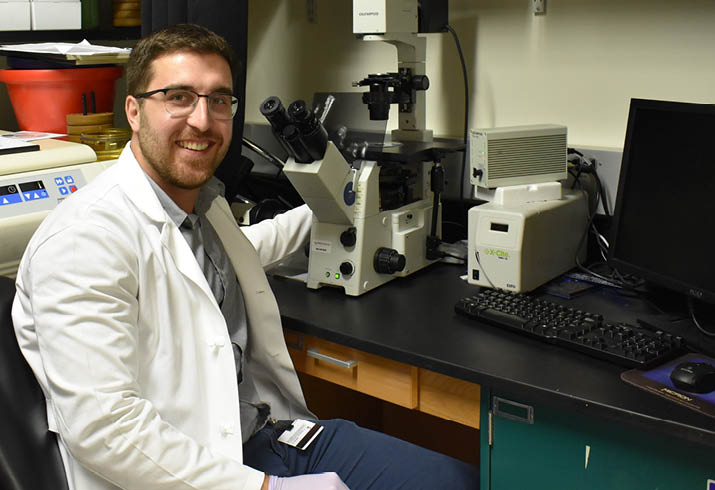 He became involved with brain aneurysm research because in the first two years of medical school, Dodd became fascinated with both the brain and the cardiovascular system. After a lecture on brain aneurysms, he saw it was possible to combine his two biggest interests and decided to talk with Dr. Brian Hoh about working in his lab.

When not in the lab, he can usually be found at the gym or watching nature documentaries on Netflix. He enjoys hiking on local hiking trails at the crack of dawn. His newest passion is cooking and although he’s still learning, he has watched enough episodes of Chopped to give him a sense of confidence.

Best of luck to Will in his research!