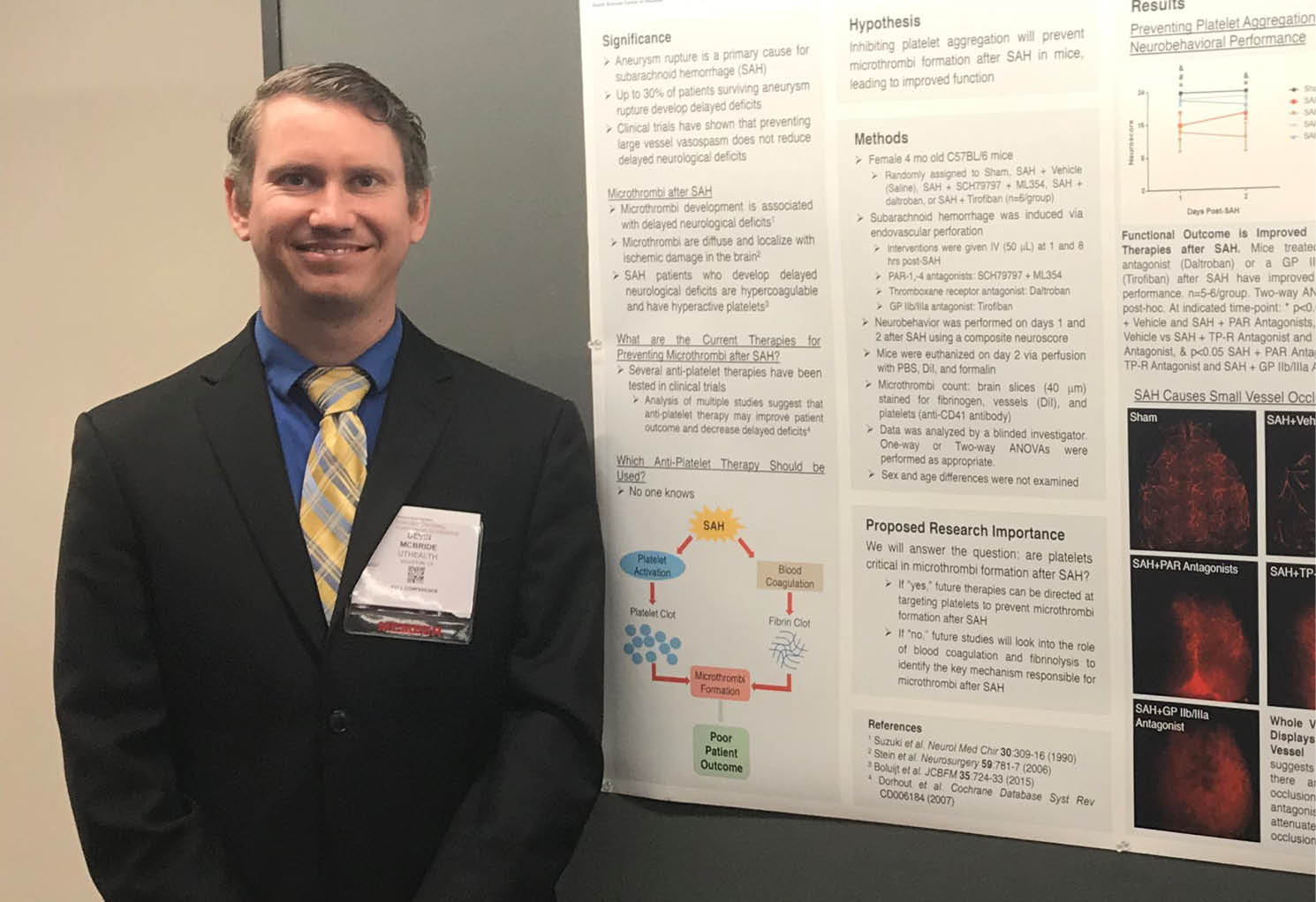 Dr. McBride received his Ph.D. from the University of California Riverside under the mentorship of Dr. Victor G. J. Rodgers where his research focused on understanding the phenomena of crowded protein osmotic pressure and its applications to medical devices.

His postdoctoral training occurred under the guidance of Dr. John H. Zhang at Loma Linda University where he studied translational neuroscience research with an emphasis on cerebrovascular disease. In 2017, Dr. McBride joined the Vivian L. Smith Department of Neurosurgery as an Assistant Professor where he has been investigating the potential therapeutic benefits of preventing micro-clots after subarachnoid hemorrhage.

In his spare time, McBride enjoys spending time outdoors with his family. They enjoy hiking, camping and fishing.

Good luck to Devin in his research!