Meet a Pioneer in Stroke Recovery 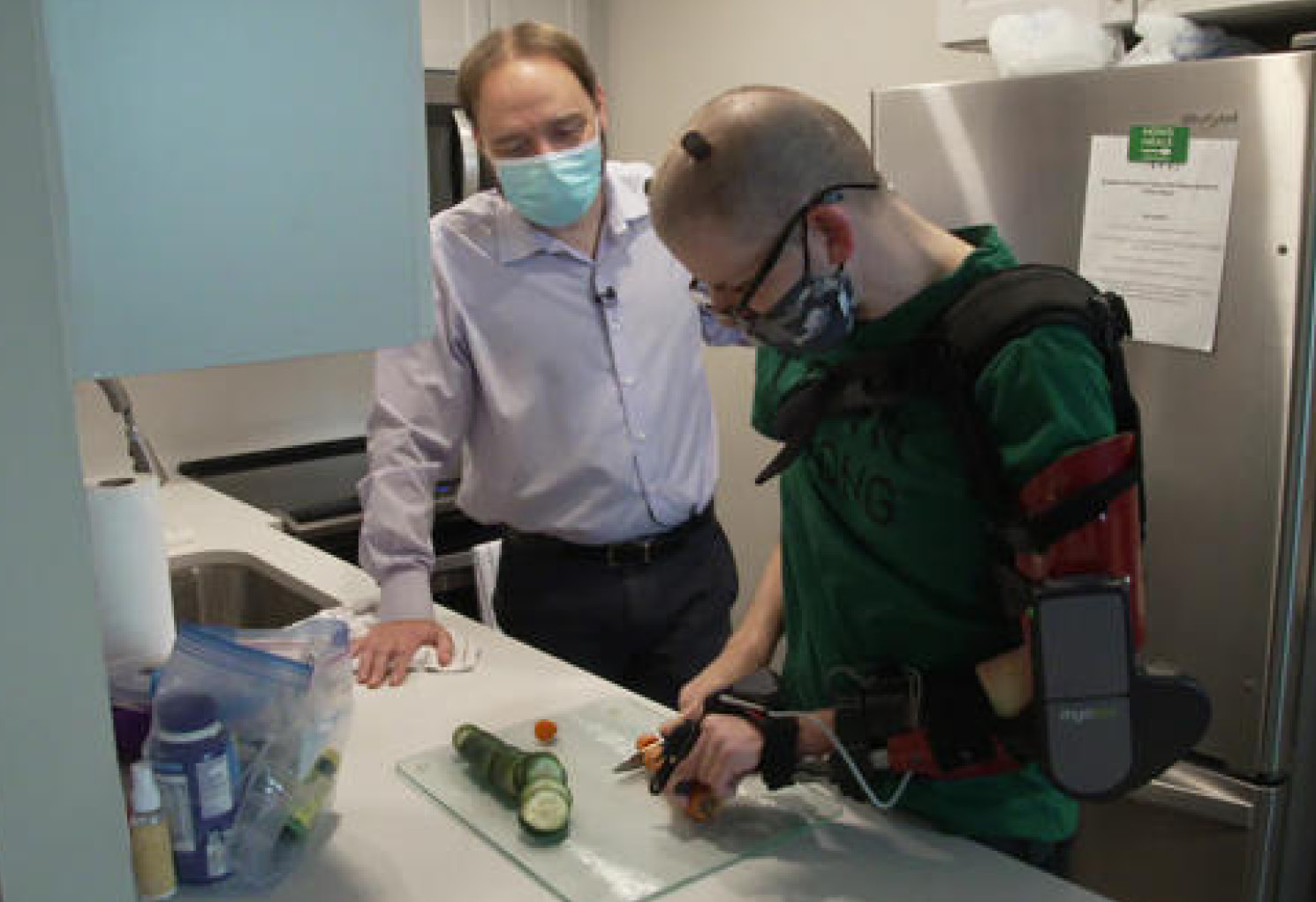 Retired New Jersey schoolteacher Holly Ulland and her son, Aaron, always have been exceptionally close. She described her son as “very compassionate, loves animals, has always been a tinkerer.”

Young and capable, Aaron seemed perfectly healthy, until one January morning in 2019.

“I woke up to use the bathroom and I couldn’t get out of my bed,” he told correspondent Susan Spencer. ” I had to grab something to get out of my bed. And then I got my two feet on the floor and I walked just couple feet and I fell down.”

Holly recalled, “I went to go down the hallway, past his bedroom, found him on the floor, but he said he could not get up.”

“This must have been terrifying,” Spencer said.

At just 39 years old, Aaron had suffered a stroke, paralyzing his left side. “He tried to talk to me,” said Holly. “But his words were all gargled. And I was terrified that he’d never speak again.”

After four days in the ICU, he’d regained his speech, but not much else. He then spent two months in rehab. “We had one neurologist tell us that Aaron would never move his arm again. And when we got in the parking lot, I literally put his face in my hands, and I said, ‘Don’t you even buy into that.'”

After Bout with Aneurysm, Restauranteur Serves Up Gratitude