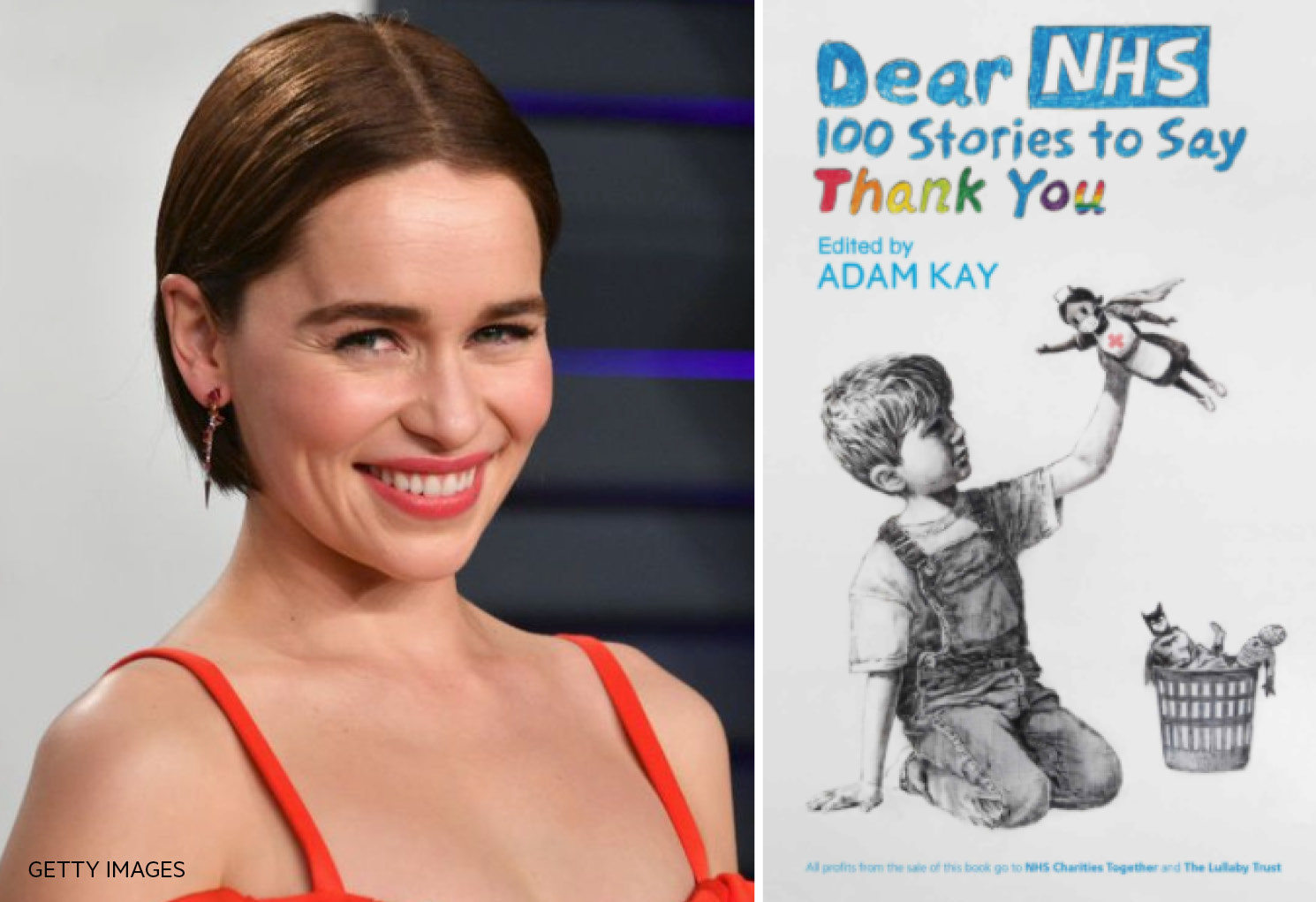 Almost a decade after suffering her first of two brain aneurysms, Emilia Clarke wrote a letter to thank her healthcare providers in the U.K’s National Health Service (NHS).

Last spring, the Game of Thrones actress revealed in New Yorker that how she survived two life-threatening brain aneurysms while filming the HBO series.

In a new book edited by Adam Kay, titled Dear NHS: 100 Stories to Say Thank You, Emilia wrote a letter to express her gratitude for her caregivers during her three weeks in the hospital. (Other contributors to the book include Paul McCartney, Ed Sheeran, Emma Watson, and Malala Yousafzai.)

Emilia gave a special shoutout to one nurse in particular in her letter: “The nurse who suggested—after everyone else in A&E struggled to find an answer when I was first admitted—that maybe, just maybe I should have a brain scan. She saved my life.”

She also thanked her anesthetist, her brain surgeon, the nurses who bathed and clothed her while she was incapacitated, and the hospital cooks. She closed by thanking the nurse who allowed her mother to stay in her hospital room. “In all those moments, over those three weeks, I was not, not ever, truly alone,” she wrote.

Ask the doctor: Is there anything like a harmless bleed in the brain? Coronavirus May Pose a New Risk to Younger Patients: Strokes