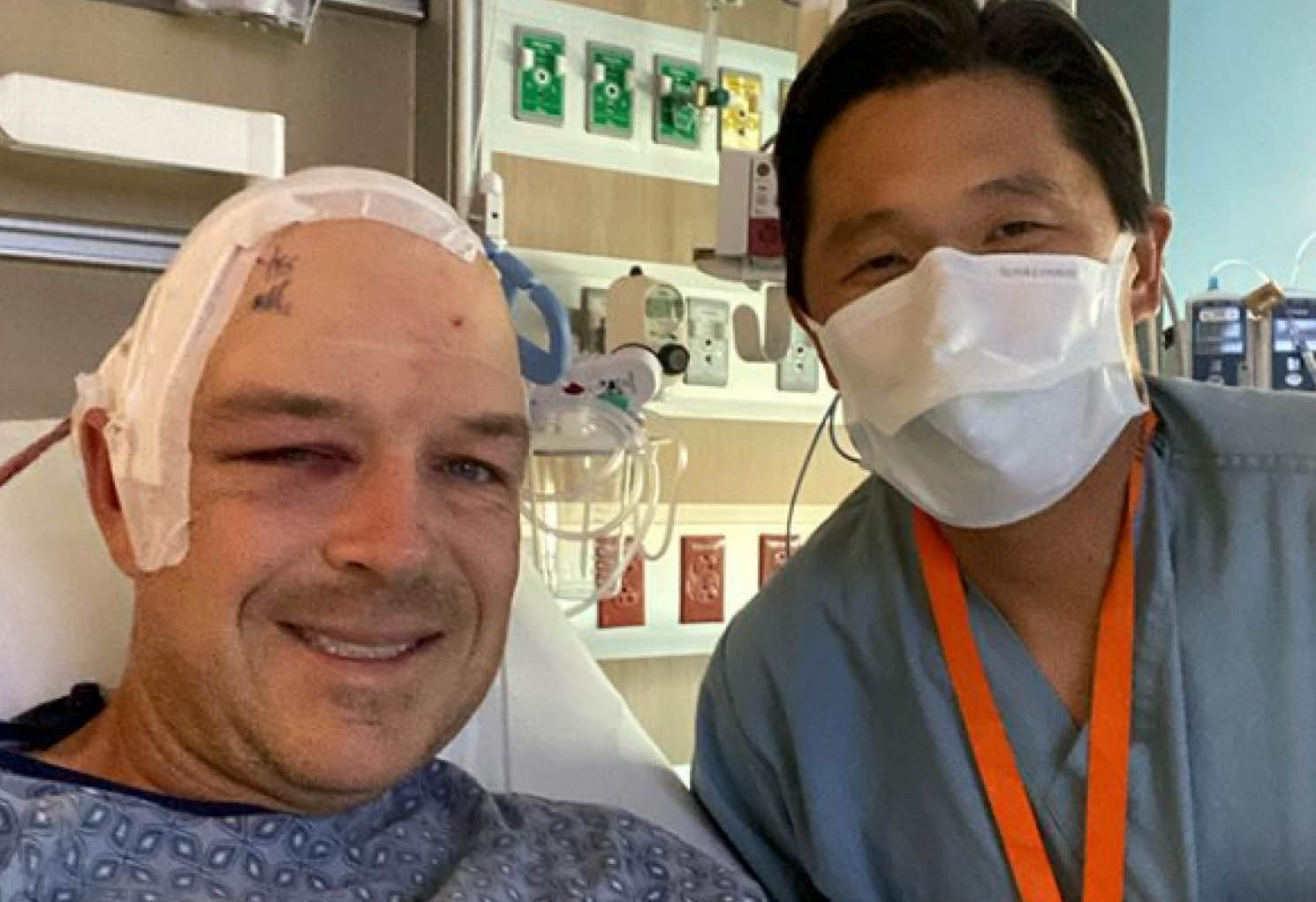 After having surgery for a brain aneurysm on Monday, Froggy was able to call in to our show Friday morning to talk health updates and more.

First off, Froggy wanted to thank everyone for the outpour of love and support he has received since announcing his surgery. “It almost gave him (the surgeon) a little extra pressure,” jokes Froggy. “But my situation was actually a little worse than they thought,” Froggy tells the show.

“They found out my aneurysm had what they call a daughters sac.” After some research we have learned that a daughter’s sac are thought to have a higher risk of bursting. Froggy continues, “It had already kind of burst and formed another sac…. Those are very rare they couldn’t see it, but thank god that happened cause it saved my life.” Froggy says, “Everyone in the operating room was very taken aback…” Because of the other sac, Froggy is considered ‘lucky’ since it stopped the drainage.