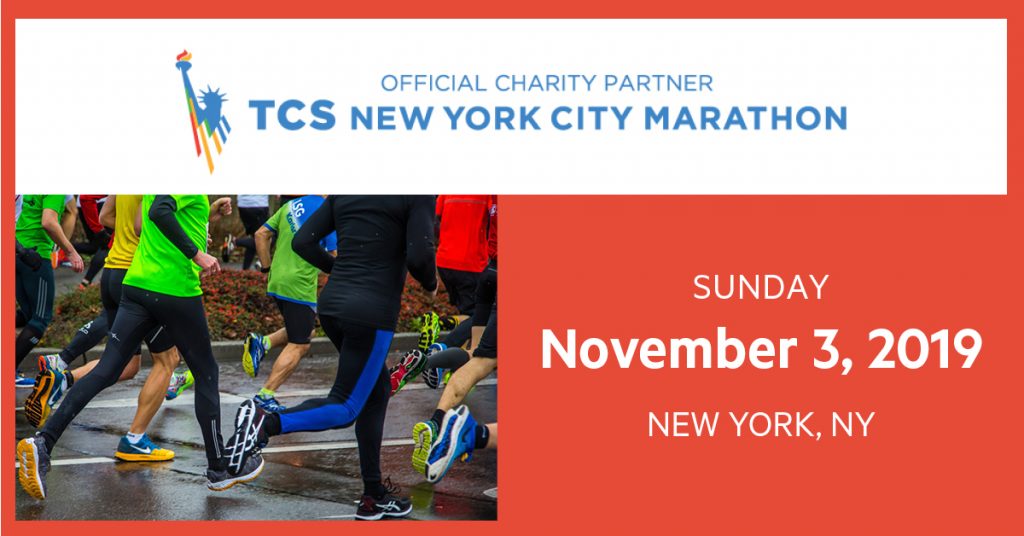 The Brain Aneurysm Foundation is thrilled to have its first ever NYC Marathon team of 10 athletes for November 3, 2019!

The first New York City Marathon, organized in 1970 by Fred Lebow and Vince Chiappetta, was held entirely in Central Park. Of 127 entrants, only 55 men finished; the sole female entrant dropped out due to illness. Winners were given inexpensive wristwatches and recycled baseball and bowling trophies. The entry fee was $1 and the total event budget was $1,000.

The 2018 TCS New York City Marathon on November 4, 2018, had the largest field in event history, with more than 52,000 finishers. Mary Keitany became the only woman in event history other than nine-time champion Grete Waitz to win the open division four times with her victory, while Ethiopia’s Lelisa Desisa took the men’s title. In the wheelchair division, Manuela Schär repeated as the women’s champion and 20-year-old Daniel Romanchuk became the first American man to win the wheelchair race and the youngest champion in the division’s history.

To make a donation by check, download the form below.